Got a Problem? Deal With It!

It’s hard, it’s white, it messes up kettles and when wet it’ll whip the wheels out from underneath any rider foolish enough to brake with their feet still on the pegs.  Chalk roads present a hazard to the public however they choose to use them, with trips and slips being no less common to pedestrians as they are amongst cyclists and motorcyclists.

Chalk downland is mostly confined to southern England, where it forms much of the escarpments of Salisbury Plain, the North & South Downs and the Isle of Wight.  Once compacted through use, its resilience to wear means it can sustain all types of traffic though ruts and steps have formed on inclines where water and wheels meet.

How best to ride on chalk:

Steeper hill roads (such as Butser Hill and Wheatham Hill in Hampshire) attract a further hazard in the form of a greasy dirt/clay coating from the surrounding soil.  These can take a good team effort to negotiate and are more safely ridden uphill, sticking to the lowest rut whenever the option is available. 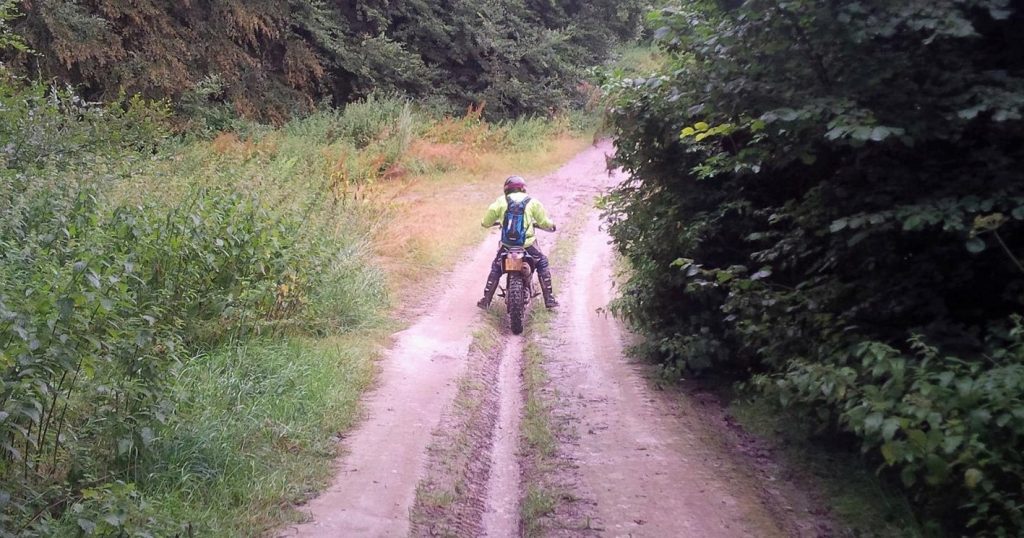 Have you had a chalky experience?  Let us know, below!