Earlier this year Cumbria TRF put out a call for help to repair The Old Coach Road, an iconic route through the northern Lake District that was literally being washed away. It looked like a big ask, until trail riders and other green road users did something amazing. We caught up with Steve Stout, the man behind the project to find out how this incredible green road conservation project came about and its legacy.

Read the Old Coach Road Repair Plan HERE
Read the Old Coach Road Survey HERE
The ‘Old Coach Road’ is approximately 8 km of unsealed unclassified county road in the parishes of St. John Castlerigg & Wythburn, Threlkeld, and Matterdale. It crosses the boundary of both Allerdale (U2236) and Eden (U3132) Districts of Cumbria County. It passes through an Environmentally Sensitive Area, for a short distance crosses a Site of Special Scientific Interest, and reaches a maximum altitude of 437 metres (1436 ft).

It was significantly damaged during Storm Desmond in December 2015.

The excessive rainfall left the road heavily scarred in several places. On the western end, a trench opened up running down from Hausewell Brow for almost a kilometre adjacent to the sheepfold at the bottom of the descent. (GR 341232 to 333235). On the eastern end, the damage on Hausewell Brow was not as severe or dramatic but a shallower trench opened up along the surface for approx. 1.5 kilometres to Mariel Bridge. The eastern section between High Row and Mariel Bridge had several large puddles and the drainage gully was blocked for the majority of the route, but the water damage was less severe than at the western end. However, the whole road was suffering from a general lack of maintenance.
Last known records of maintenance and repairs to this lane are recorded in the minutes of a meeting of the Hierarchy of Trails Working Party Group in 2003. It is believed that Cumbria County Council, (CCC), the National Trust, (NT), and Lake District National Park Authority, (LDNPA), carried out some works to the eastern section as a joint project but this is still unverified. Since this time, the drainage gully that runs the length of the lane had become choked with sphagnum moss (Sphagnum spp.) and soft rush (Juncus effusus) and in some places both. Many of the culverts were also damaged with age issues.

Cumbria Trail Riders Fellowship, (CTRF), have worked for over twenty years in Cumbria conserving and helping CCC and the LDNPA to manage the green road network. CTRF decided to try to tackle the deterioration of the Old Coach Road and so the plan to repair the road was discussed and put into action in 2018.

Once the logistics of the project had been identified, drawing on knowledge of specialist contractors and professionals who have repaired upland rights of way in Cumbria for many years, the stages were identified and set up. 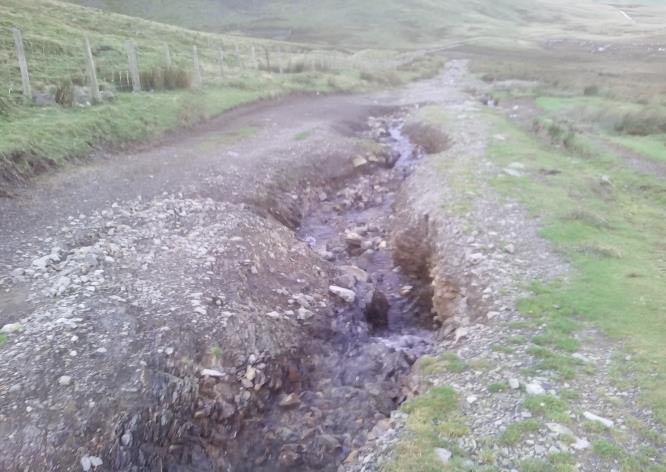 The day after storm Desmond 2015 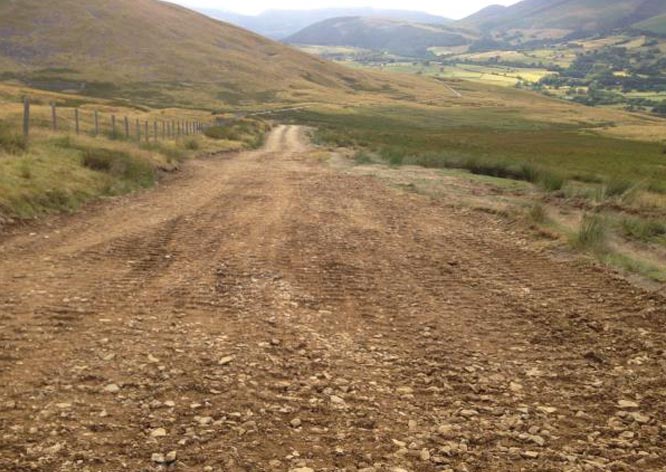 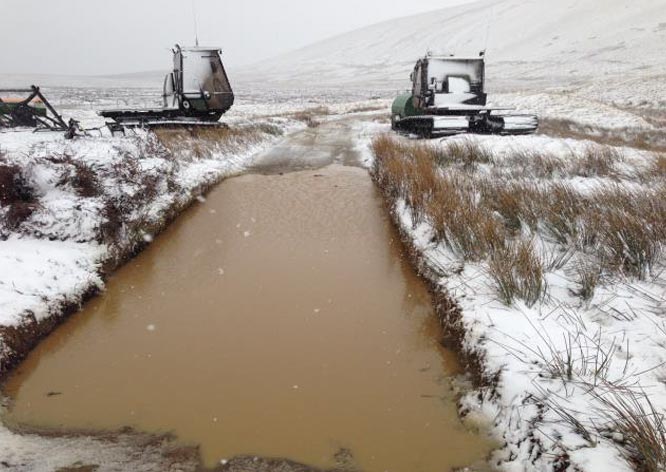 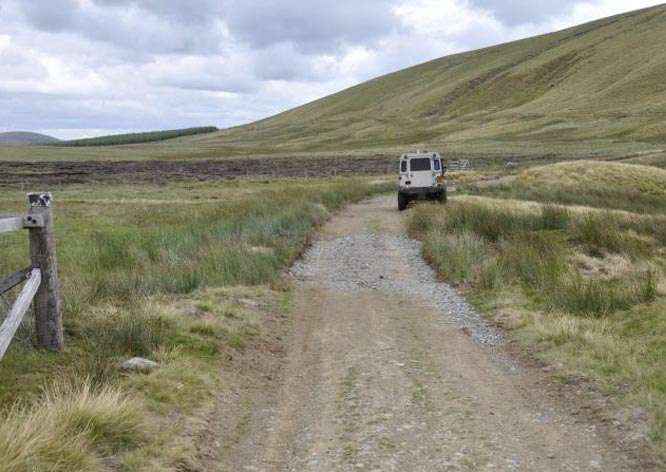 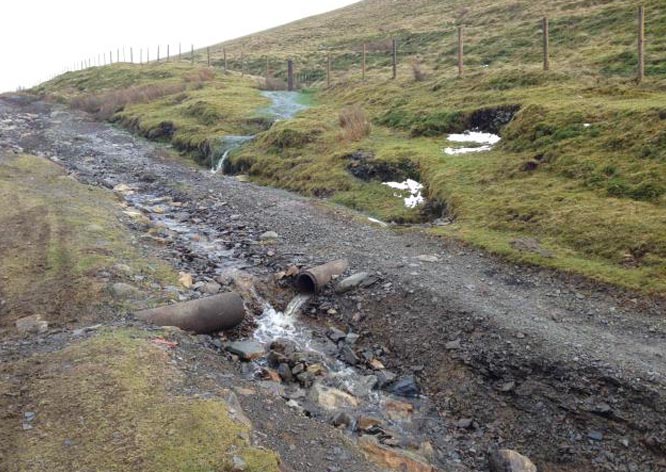 Main drainage gully not evident in 2017 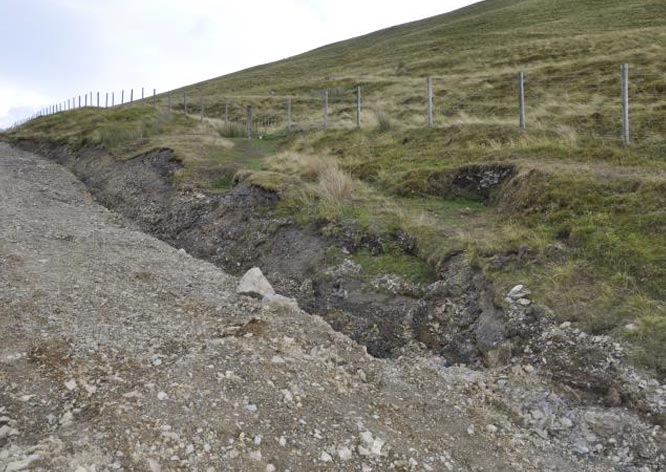 Stage 1 was to re-open the drainage gully that runs the length of the road, Stage 2 was to repair or replace the culverts that run under the surface of the road to the downhill aspect. Funding requests to the CCC (who technically are responsible for the route's maintenance), the LDNPA and the NT were unable to be met, however permissions to continue were given by CCC, LDNPA, Natural England, the local Parish Council & the various user groups to complete the project. A crowd funding process was set up by CTRF and embraced by the national Trail Riders Fellowship, the Green Lane Association and the Trans Euro Trail community. Together these user groups generated a significant amount of the funds needed to repair the road; and a significant number of individuals donated funds to the project.

Stakeholders, including local residents, local user groups and local contractors completed the project’ donating their time and efforts unstintingly, however special thanks should go to the many individuals, the European community of trail riders and also to the many motor clubs from other parts of the UK who embraced the spirit of this project and helped to truly show what a community can achieve.

Both the Threlkeld Commoners and Threlkeld Mining Museum granted access to their stone quarry which has traditionally been used to maintain the road. A very big thank you goes to all of these people for their huge generosity as without this the project would not have been completed. The team from Dan Birkett Construction did a great job and the effects of their expertise and hard work should be seen for years to come. The LDNPA and the NT donated items which helped immensely. Twenty five of the sixty two culverts were replaced in all, seven in the eastern section and eighteen between Mariel Bridge and Klondike Quarry. Around 3000 tons of material was used to fill in the trenches taking a total of forty one man days for the paid construction team. Volunteer days was 118 days over the length of the project. 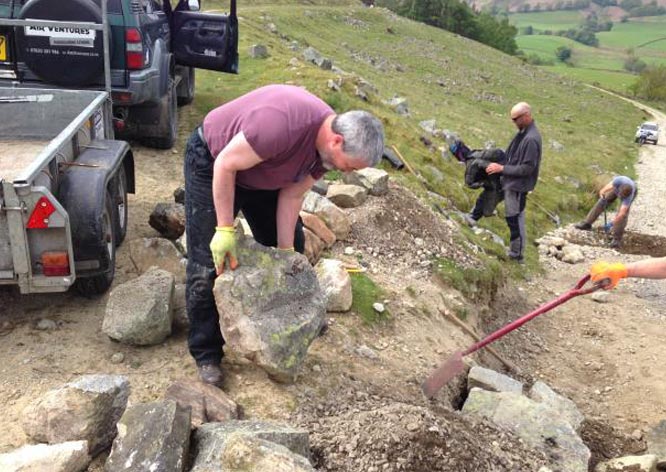 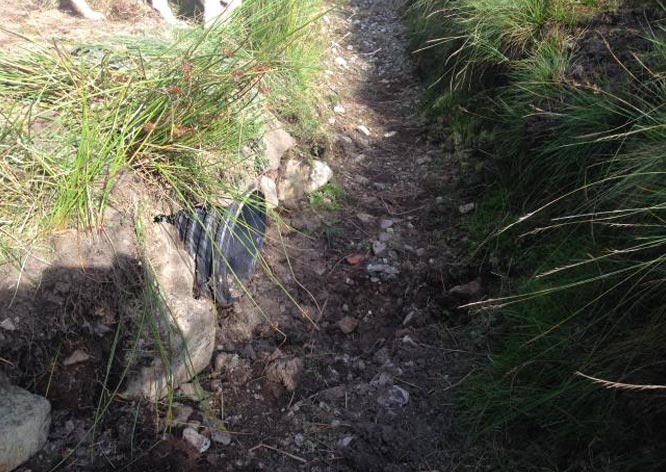 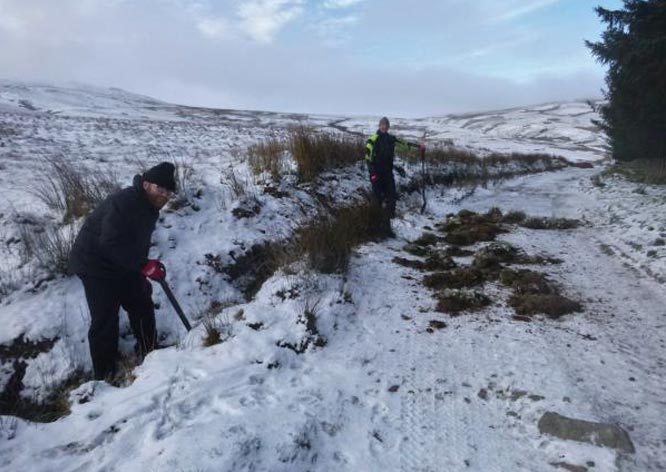 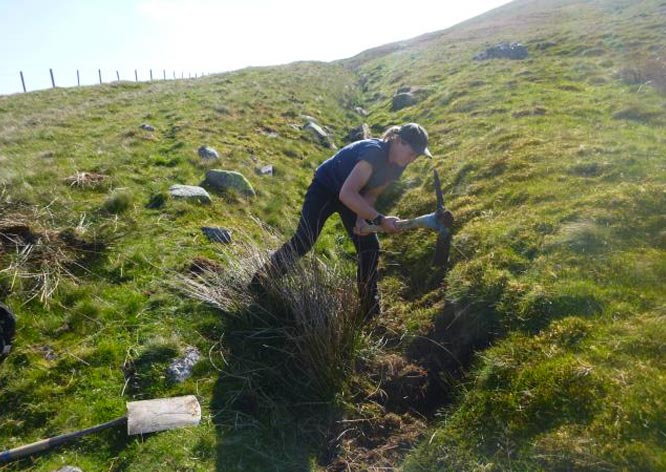 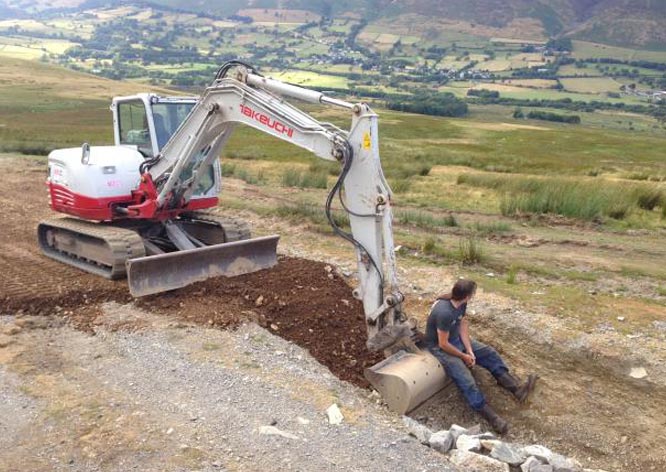 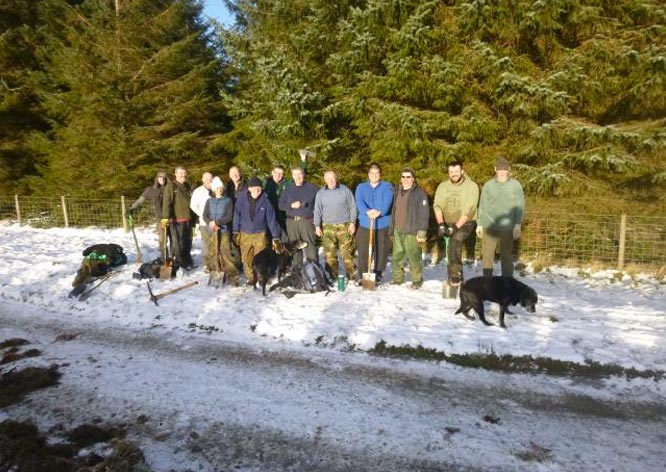 The road is now repaired for all users, whether they be walkers, cyclists, horse riders, farmers, paragliders, motor vehicle users or any other type of user. What is needed for the future is ongoing maintenance and a commitment from the user groups to monitor the road and step in to maintain it as none of the ‘local authorities’ have committed to do so. This inability to implement maintenance on the higher-status public rights of way and on the lowest classes of roads is happening throughout Cumbria and across the UK, and so it is left to the user groups to take on the responsibility themselves until such time as our governments see fit to realign their sense of responsibility. For the future it would be desirable for this road to become an entry point for both the community and visitors to access story boards which explain the landscape, the wildlife, the history and the current techniques used to manage this area whilst retaining its accessibility for all user groups. A plaque is to be erected to commemorate the generosity of the people involved in this project, this will sit at the top of Hausewell Brow for all to read and enjoy as they use this road.

This project has been a great success. The desired outcomes have been achieved, the community spirit of all the disparate parties involved has been a pleasure to behold and the generosity of all the donators, (whether they gave cash or time and effort) has been heart warming. Sometimes in adversity the human spirit does come together and achieve something special. Long may that continue.