What Tools Should I Carry?

Whilst at the London Motorcycle Show I chatted 'off the record' with a constable serving within Metropolitan Police Service.

As with most other public services, a lack of funding has curtailed the effectiveness of policing the capital, so methods to reduce crime are being sought elsewhere.

The constable – himself a motorcyclist – was happy to share his thoughts about the theft and criminal misuse of motorcycles within the capital, which has unfortunately been termed ‘moped-enabled crime’ by both politicians and parts of the press. 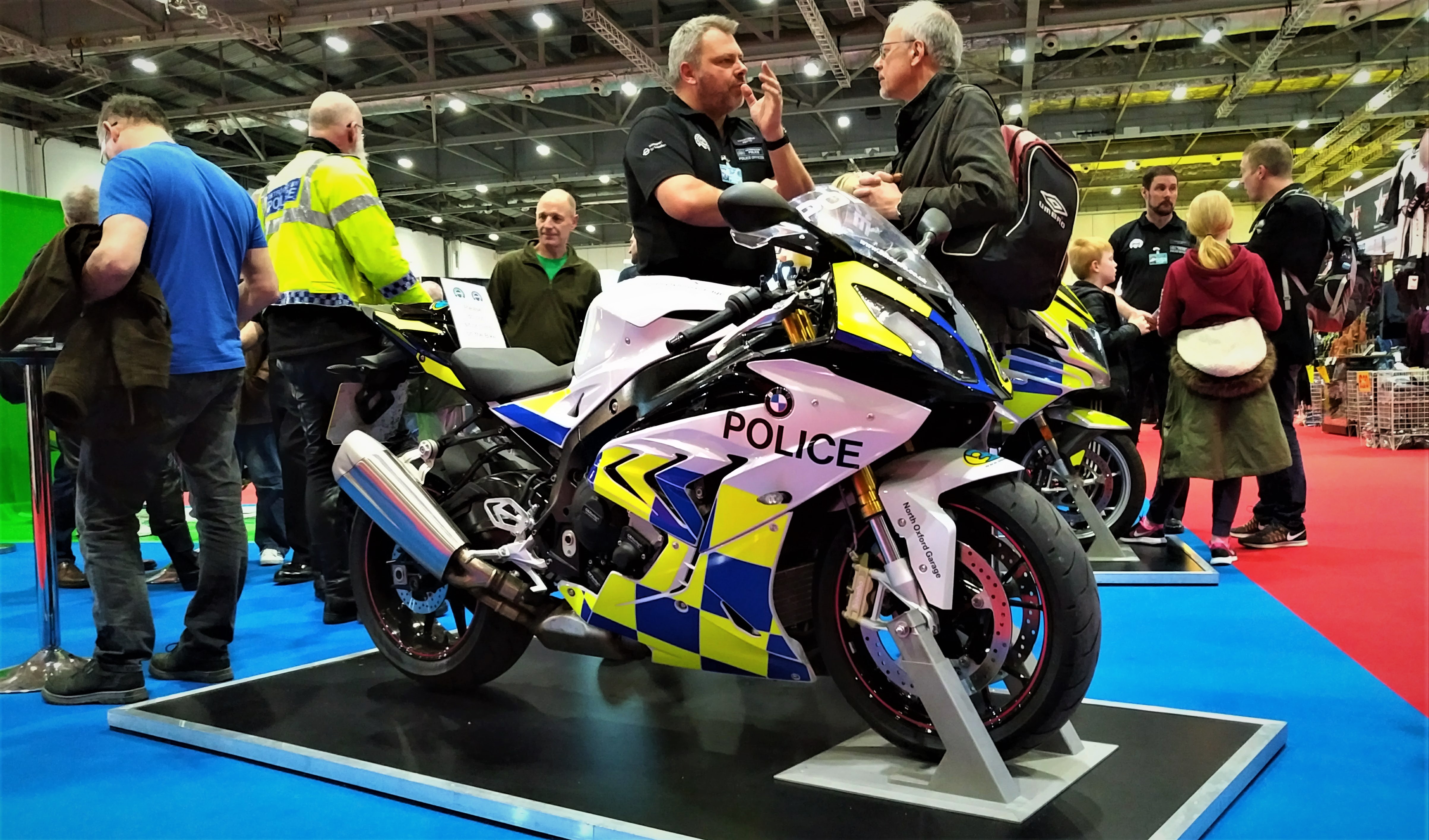 Current practice is for motorcycles to be parked on side streets and dead-ends, which are often quiet or unlit. These environments are perfect for thieves to operate within, so the provision of secure parking near busy, pedestrianised thoroughfares was considered by the constable to be both a priority and logical improvement for lowering crime within the capital.

As policing, highways and transport are the responsibility of the Mayor of London, the improvement of motorcycling infrastructure presents an easy opportunity for significantly reducing crime committed against motorcyclists and cyclists – particularly as both are being chosen by Londoners as a more ecological and practical alternative to car ownership or public transport.

I’m fortunate to live in an area where motorcycle theft is infrequent, with little more than a disc brake lock or basic chain being needed to deter the opportunist thief. However, London is home to gangs of professional motorcycle thieves, content with devoting considerable time towards trying to outwit the police with whom they share a symbiotic relationship.

The advice from the constable was clear:

To leave an unsecured motorcycle in London is a reckless act that invites theft and punishes other motorcyclists by raising their insurance premiums.

Does this sound unreasonable?

Consider the constable, who was able to recall a handful of victims who had suffered no less than three consecutive motorcycle thefts each, and after each theft being advised to secure their replacement motorcycle with at least a sturdy padlock and chain in order to deter future theft.

Fitting a sturdy padlock and chain enables witnesses to gather evidence whilst thieves attempt to breach them, giving the police the necessary time to reach the scene and arrest the offenders. Being reliant upon a simple steering lock or wishful thinking will not protect property from a determined gang of thieves, who have now taken to arming themselves with knives, machete and acid in order to violently escape apprehension.

This risk to officer safety is the reason why pursuit is not always safe or practical – something which members of the public need to be mindful of when deciding whether to approach offenders caught in the process of stealing a motorcycle. Gathering video evidence with a mobile phone is usually a much safer option that will form an important part of any subsequent criminal case.

Another tactic employed by thieves is the act of removing a victim’s ignition key whilst they are stationary upon the motorcycle – usually at traffic lights or a junction. This renders the motorcycle immobile and its owner vulnerable to surrendering the machine through violent coercion.

The constable was at pains to encourage all riders to secure their ignition keys to their bars or bar clamps in such a way that they cannot easily be removed. This preserves a means of escape for anyone being confronted by a gang of armed criminals.

The constable hoped that manufacturers could incorporate better security to UK motorcycle models, similar to the built-in locks and chains which have been part of some scooters for a number of years.

One suggestion (which seems unworkable) would be the introduction of frangible steering heads, designed to render a motorcycle unusable should its steering lock ever be broken. In theory these would drastically reduce thefts, but in practice they will leave motorcycles vulnerable to malicious vandalism and could risk a rider’s life if it broke upon impact with a damaged section of road. 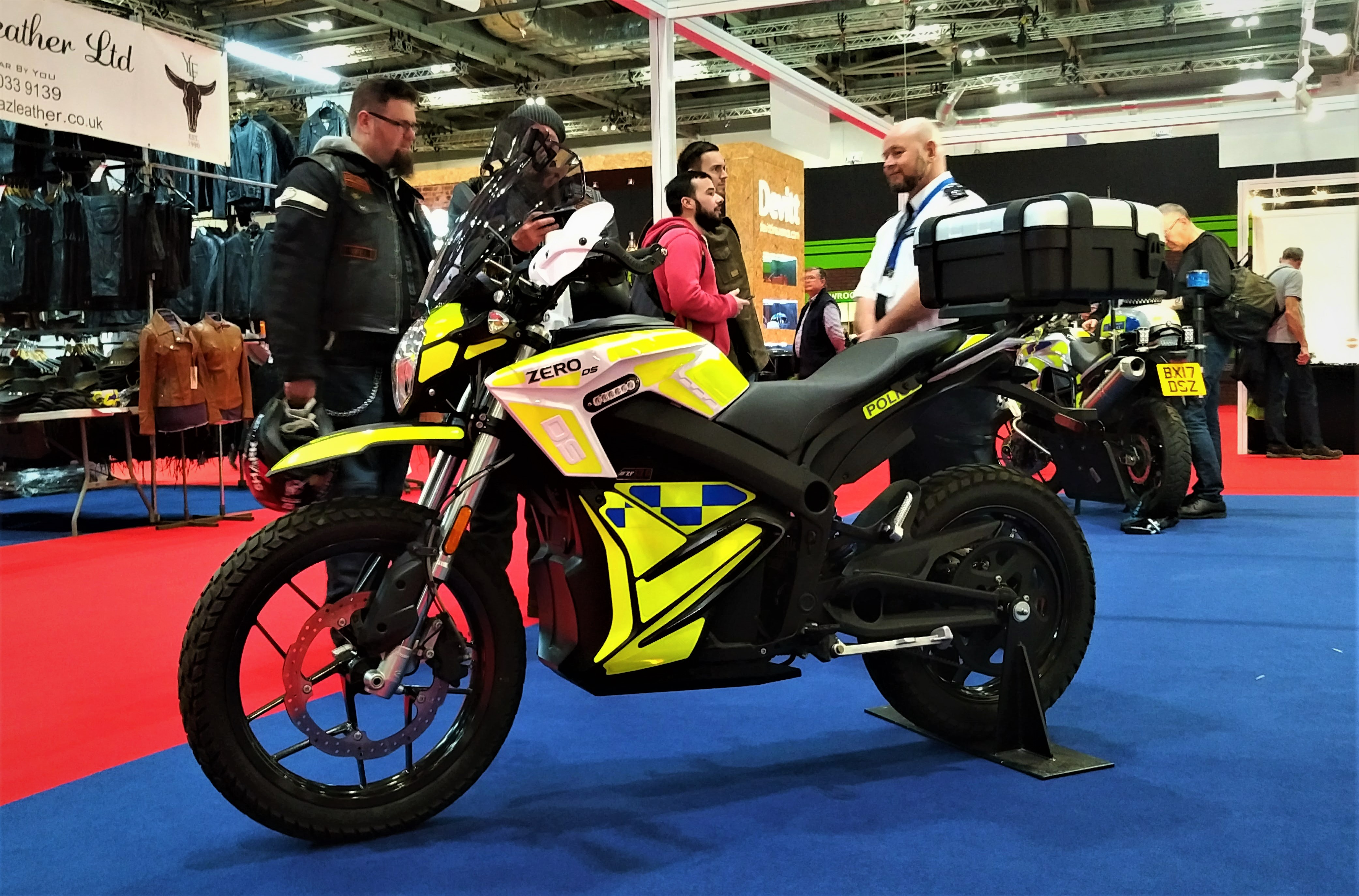 This fully electric Zero DS was on loan from Dutch police.

Tools of the trade.

Metropolitan Police Service showed off two inexpensive but effective tools in the fight against motorcycle thieves - ‘DNA spray’, which can remain upon a suspect’s skin for several years in order to link them to the scene of a crime, and ‘slow’ stingers, designed to deflate a motorcycle tyre over a longer period of time than a traditional car stinger, reducing the risk of rider injury. 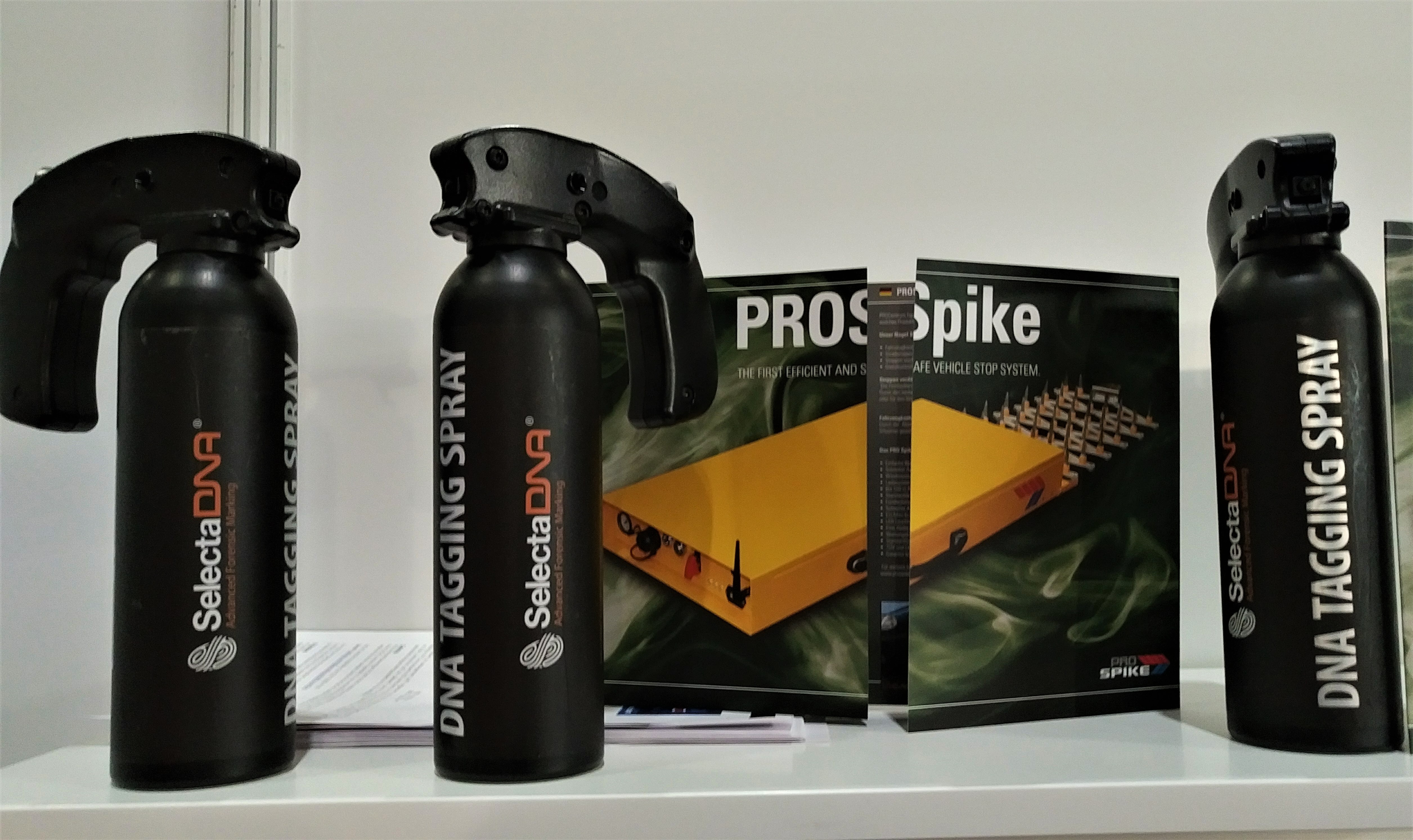 DNA spray and 'slow' stingers were on show at the Met's stand.

I’m satisfied that riders need to take greater responsibility for their motorcycles when entering an area where thieves are known to operate – are you?