Allsorts in Morocco: Riding Outside of the Box

Who are you? Greg Villalobos What TRF group do you belong to? Northumbria TRF Where do you ride? Mostly Northumbria and Cumbria What bike are you reviewing? KTM 450EXC 2012 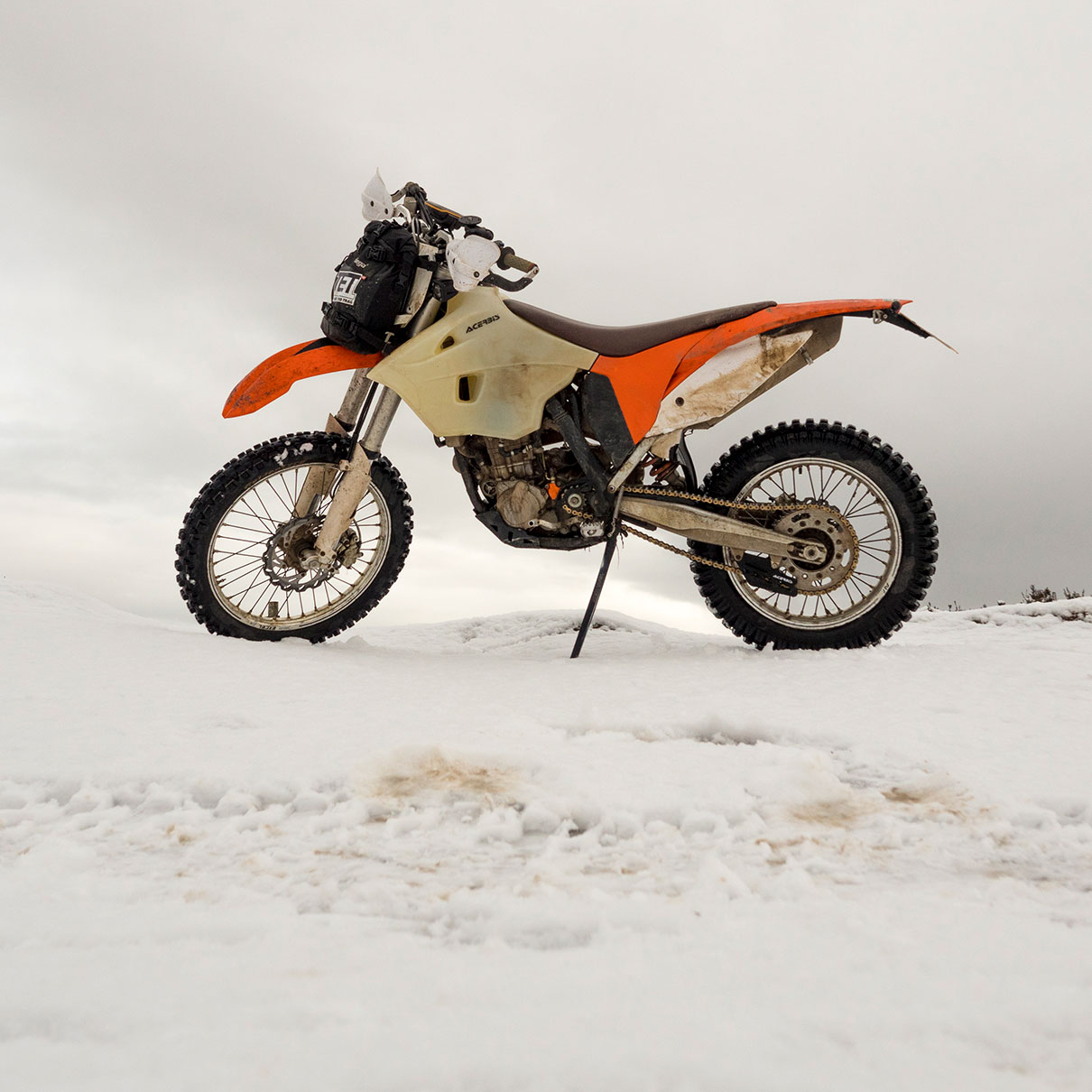 The 450 in its current ADV trim

What are the bikes good points?

I got my 450 in 2012. It was my first ever enduro bike and I had no clue as to what I was buying. It was a complete impulse purchase. I’d never even sat on one, which was a revelation as I’m a little on the short side! All my trail riding hours are logged on this bike, currently almost 400 hours. Once I’d learned how to fall off, and then how to get better at not falling off, I began to realise that the 450 made a fantastic trail riding bike. Here’s why: 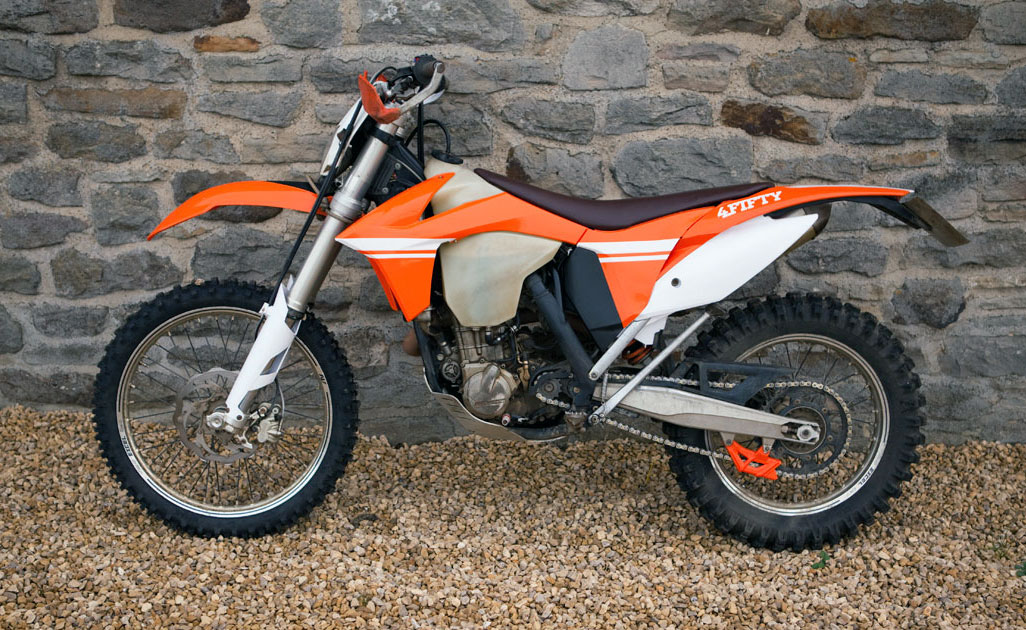 What are the bikes bad points?

These are really down to the service intervals as well as the height for shorter riders. Plus it’s quite unrefined so you certainly feel like you are on a motorbike and never get a sensation of ‘cruising along’, you’re always rattling. 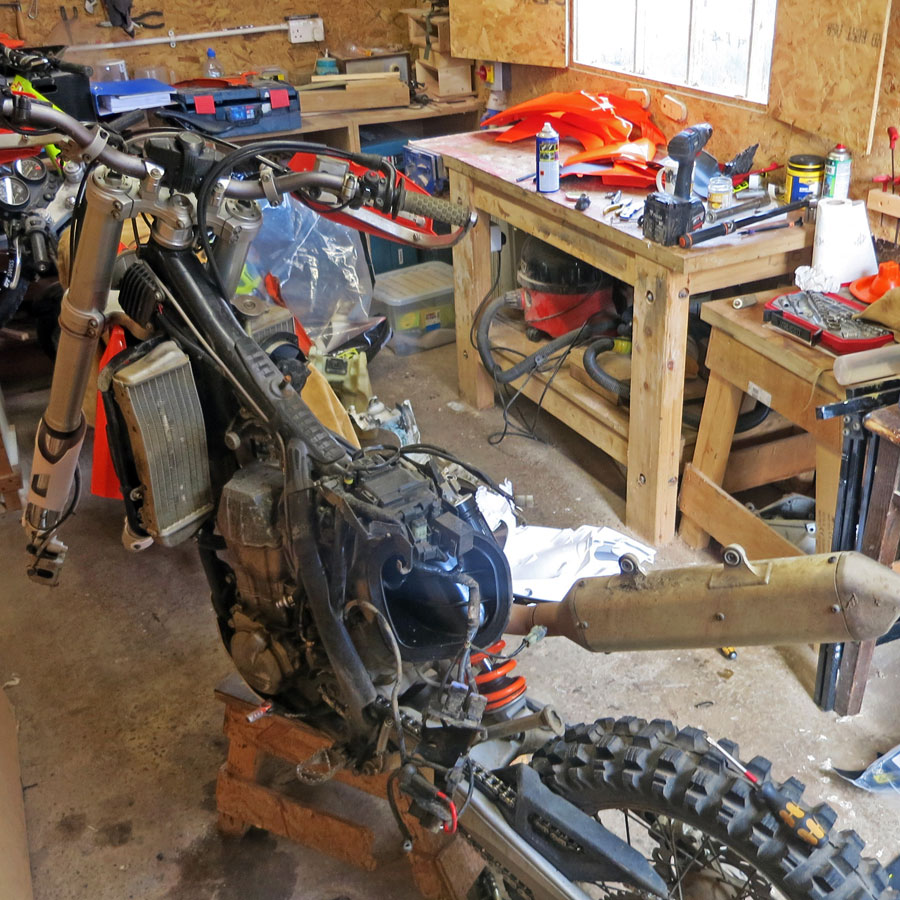 The very idea of dismantling my bike would have terrified me in the past! 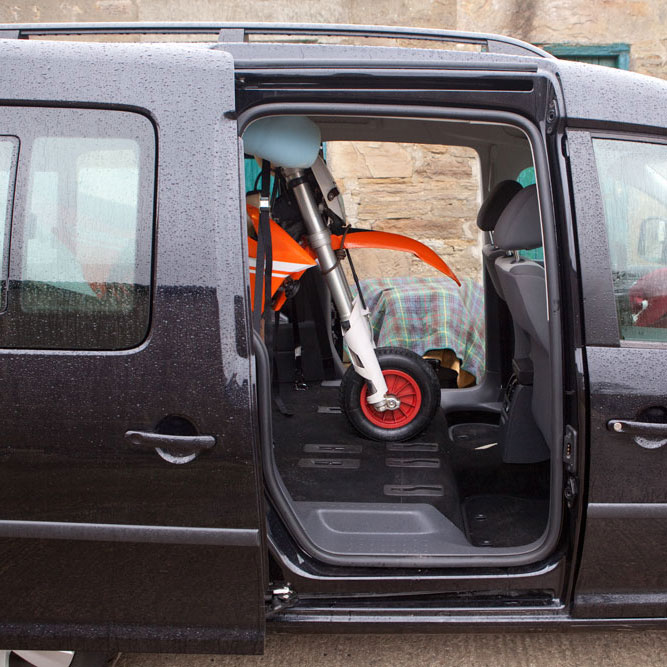 It will fit in a VW Caddy, just!

What modifications have you made?

I’m currently in the process of turning the 450 into an ADV bike for an upcoming TET trip. Largely inspired by Rolling Hobo 500 EXC. The list of noteworthy mods are:

What is it like to own and ride on green roads?

Owning the 450 quite literally changed my life. I moved to Northumberland without knowing anyone, bought the bike, joined the TRF and made a ton of new friends. It’s also become a tool for work as I work for the TRF and Adventure Spec. At first I was in the garage a LOT, learning how to maintain it. This was fun. Now I have a young family so I have less time to ride and tinker so some of that servicing time is less than ideal these days. I considered swapping it for a fully fledged adventure bike, but then I realised that at this point in my life I don’t have the time to ride round the world. It’s always a bit of a compromise. The bike is brilliant for green roads, if that means I need to put up with a little discomfort and effort for the occasional long trip then so be it. I’d rather it this way round than having a big ADV bike that is going to be a pig on the trails which is where it will spend most of its time. Of course having one of each would be an answer, but then I’d just have an expensive bike sitting there not getting used which doesn’t really fit my values right now. The 450 is billed as a bit of a monster, and I’m sure it is in the right hands, but for me it’s been a tame bike that I’ve tickled down our green roads. It looks more ADV than enduro now and that’s just fine for me.
What is the perfect bike for trail riding? Find out HERE