Michelin Enduro: All Grip, No Slip

We tested it using a variety of new KTM models at last year’s Dirt Bike Show. 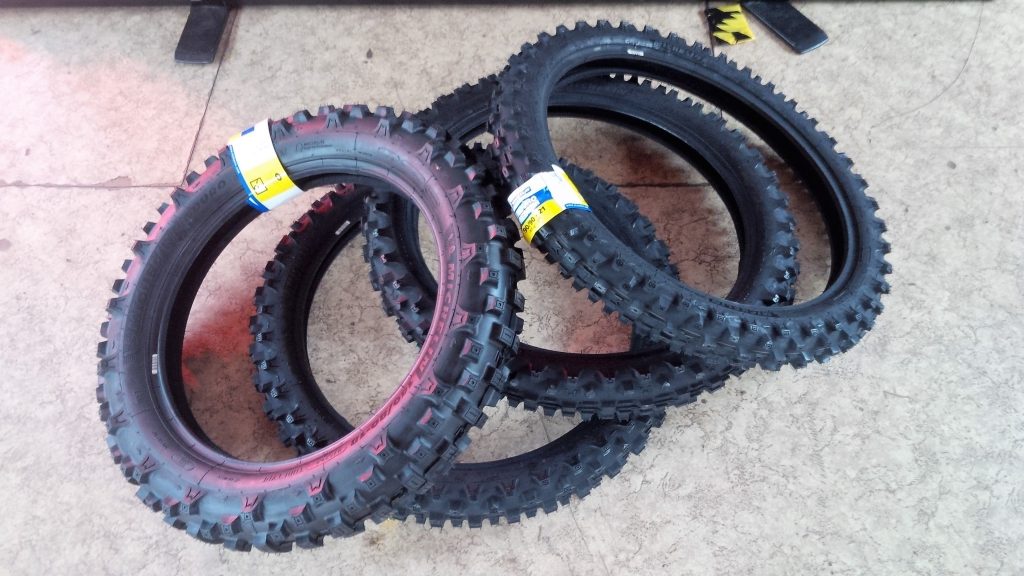 Back in black: Michelin's new enduro tyre is well-suited to trail riding.

Watching a computer presentation about tyres when a dozen new KTM dirt bikes are parked outside your classroom doesn’t make for the best teaching environment, though Tony Charlton (a High Peak & Potteries TRF member) did a thorough job of explaining the considerable development behind the new product, which is marketed using claims that have stood up to both independent scrutiny and race rider approval. 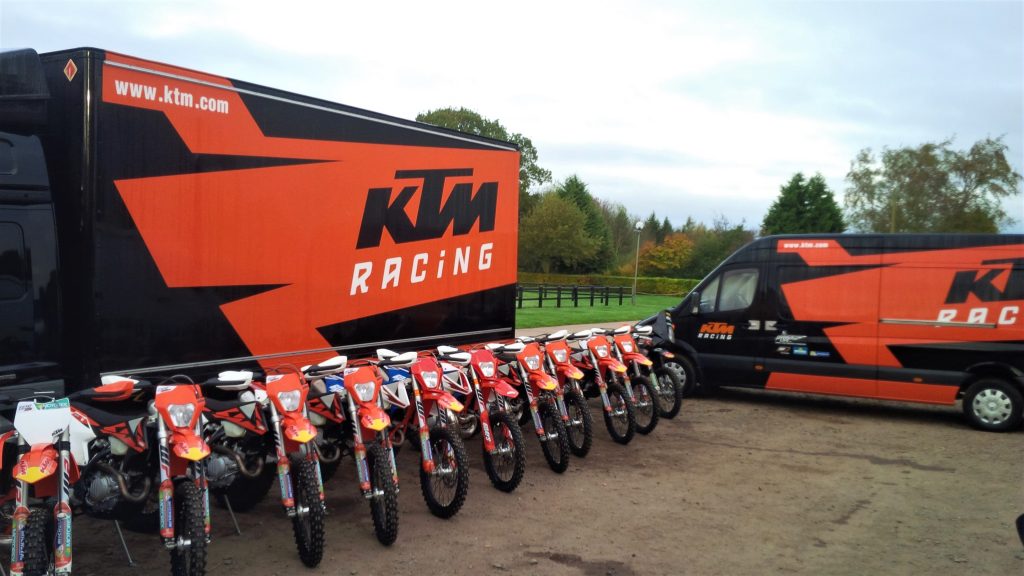 Not a bad start to the morning!

The new ‘Enduro’ tyre replaces current Competition III, VI & MS models and is available in both eighteen and twenty-one inch dimensions, with a harder compound available for front tyres though its use is only recommended in hot, rocky environments such as Spain and Portugal.
I managed to test the tyres on three different bikes, starting with the fuel injected 250 EXC TPI which I had read so much about over the summer.

Pottering from the classroom to the test track allowed the bike to warm up sufficiently enough to nearly eliminate the characteristic effluent of the oil-burning engine in a way that seems long overdue to anyone who has spent hours fiddling with carburettors in the hope of improving the manufacturer’s settings. 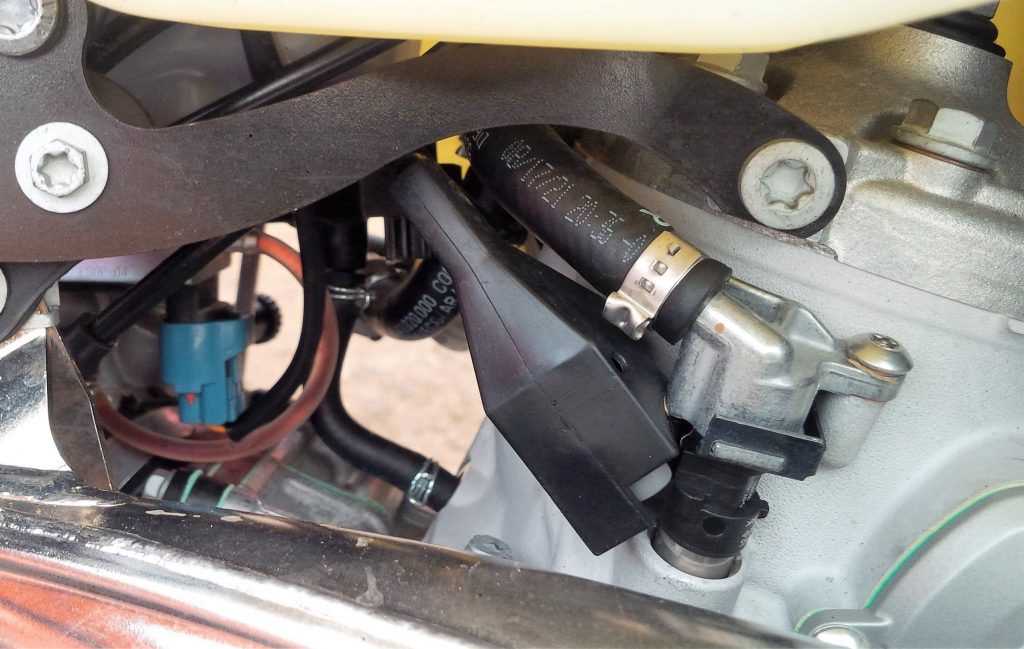 Transfer Port Injection using what appears to be a Sagem injector.

The narrow, twisting woodland course was a good replication of any typical hare & hounds course and rarely required me to kick the bike into third gear, which really put its slow-speed tractability to the test.

Mercifully, the engine powered me up the steepest dirt trails at all engine speeds and throttle positions without the bogging I would expect from my own archaic, twenty-five year old two-banger. 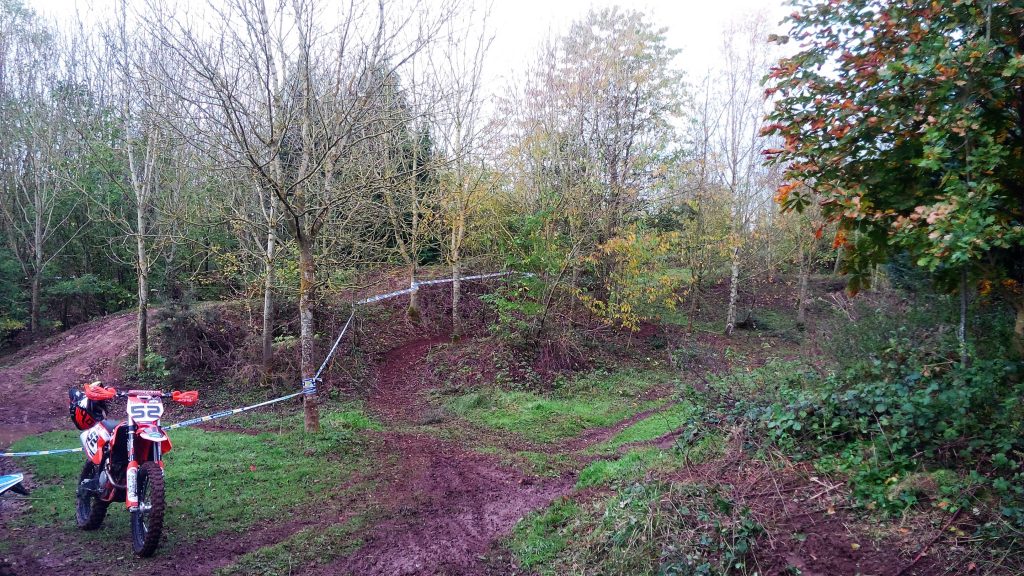 Being overtaken by the rest of the product testers gave me the opportunity to try a few of the hill starts and slow speed climbs typical of a difficult trail or long-distance trials section, enabling me to establish that the new tyres are astonishingly good. No spin, no slide – just grip.

After a few laps I realised that I had started to overtake the other riders who had been resting at the refreshment point – so much for their initial enthusiasm! Eventually I stopped for water and was rewarded with comparisons to the Duracell Bunny for my efforts, enabling me to nab a 150 XC-W that had caught my eye. 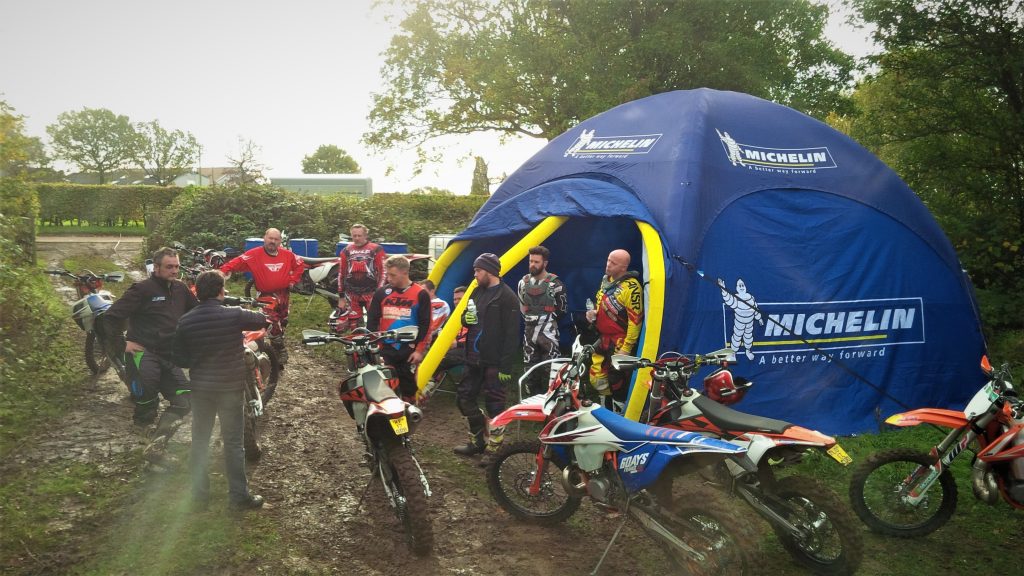 With a weight of just 93kg the 150 was well suited to the course and had a surprisingly nice turn of speed when kept in the power band. I found it easier to handle around the tight bends than the TPI and just as tractable at low revs, making it a very capable trail riding machine.

Being the only tester left out on the track gave me the luxury of choosing my third bike from a near-complete 2018 range of KTM enduro motorcycles corralled at the refreshment stop. Opting for a 250 EXC-F Six Days, I immediately noticed the reduced steering lock in comparison to the previous models as I made a mess of turning the bike around to face the course. 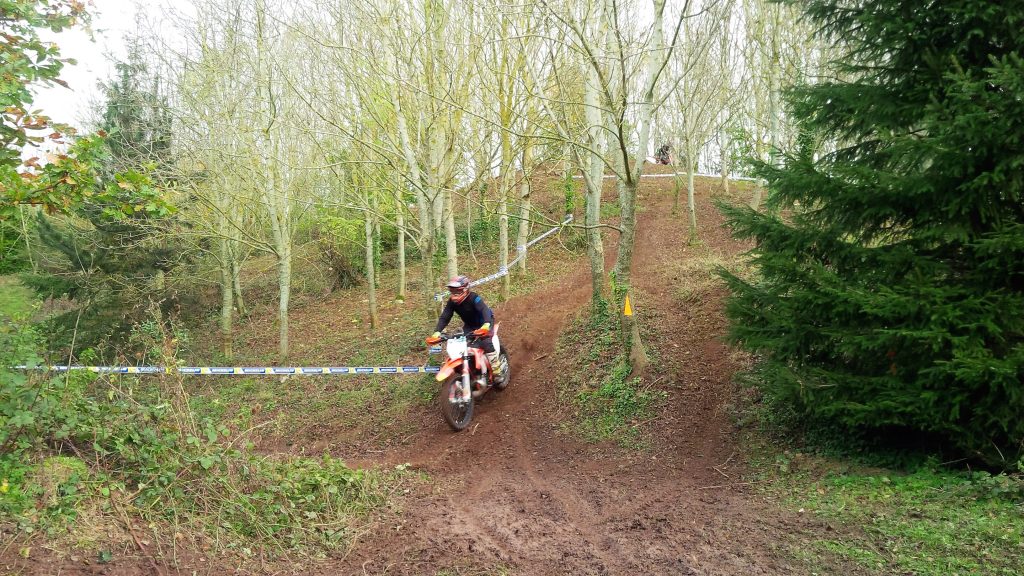 The Michelin Enduro grips firmly even on hard-packed wet dirt.

Two laps later saw me being ushered off the track and back to the classroom, having established that on such a tight course the EXC-F felt just like any other 250cc four-stroke enduro bike.

Thanks to Ady Smith, proprietor of KTM Off-Road Experience – the only official KTM off-road school in the UK.

Ady’s business provides a great way to properly test current KTM models whilst learning how to improve your riding.